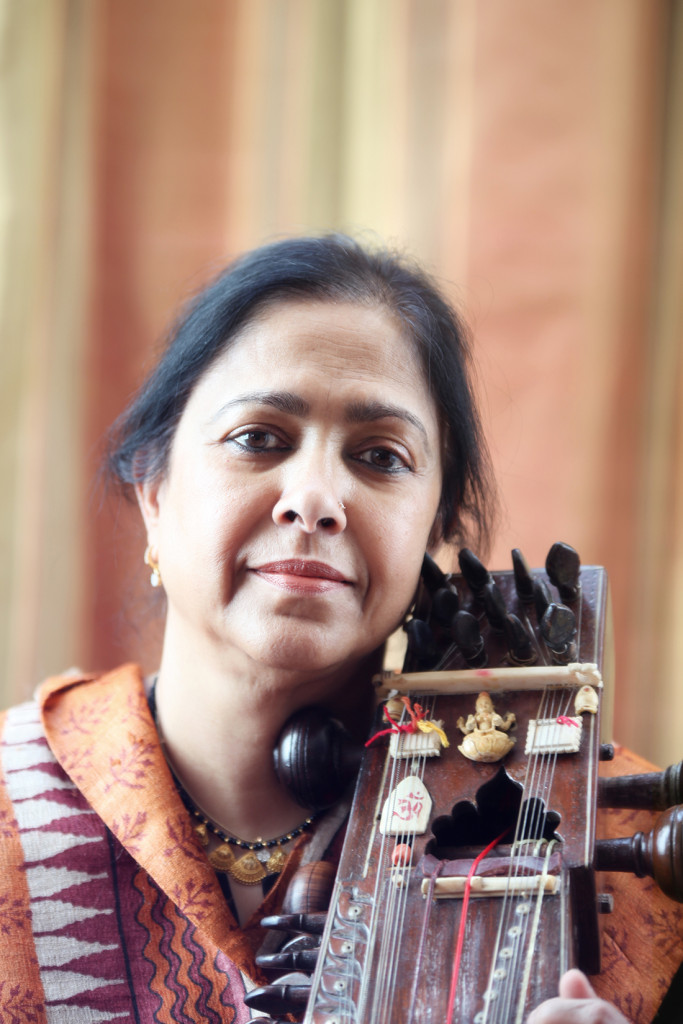 Born in Mumbai, India, Aruna Narayan Kalle is the daughter of the renowned Sarangi maestro Pandit Ram Narayan. The Sarangi, an ancient North Indian bowed instrument is considered one of the most difficult to master. It had therefore remained relatively undeveloped in both its physical and musical aspects. Its traditional role as an accompaniment instrument for vocal music kept it further in the background. Aruna’s father however, emerged as its messiah and due to his efforts the Sarangi is now well ensconsed in the mainstream of the Indian performing arts.

Although Aruna began her music training at the rather late age of eighteen, she made fast progress studying intensively with her father for several years. She has fully captured her father’s disciplined, serious style, yet has also developed a unique voice for her instrument with a warm and generous musical temperament. Her playing is impressive in its subtlety, precision and grace as well as in its powerful and weighty bowing. As a recipient of Pandit Ram Narayan’s musical legacy, Aruna has consistently worked towards maintaining a highly respectable profile for her instrument.

She has an impressive concert schedule, performing regularly in several countries in Europe, the US and Canada. More recently, she was a featured soloist in a unique presentation of the music of Vivaldi’s Four Seasons, performed by Tafelmusik Baroque Orchestra. This project was very well received in a series of concerts in Canada, the US, China and the Far East. An hour long documentary film about this project with an exclusive profile of her has been aired by the CBC and the Bravo channels on several occasions. She was also a featured soloist with the Endymion Ensemble of The UK, performing the works of new composers. The series of concerts was presented by the Arts Council, UK. Her recent appearance was with the San Francisco East Bay Symphony, performing a new work by Nolan Gasser, which featured her as a soloist, representing Indian music. The premier concerts received enthusiastic accolades from both the audience as well as in press.More recently, she performed at the Royal Albert Hall, London at the BBC Proms.

Her music has been featured in several international and Hollywood films and she regularly teaches in the school system introducing young people to Indian music and the Sarangi. Her recordings are available on the Nimbus (UK) and Zig-Zag (France) labels. In addition to her international performances, she frequently appears in the National Programme of Music on Doordarshan (TV) and other networks in India. Presently she resides in Toronto, Canada where she teaches and performs.